Our greatest joy comes in seeing the athletes we’ve helped exceed what they once thought was their best performance. In our quest to provide unparalleled care for the athletes we serve, we continually endeavor to increase our knowledge of the human body.

For over 30 years Dr. Bartosh has been involved in the world of sports and currently employs over 16 different specialties to improve sports performance and enhance injury recovery. Current and past certifications include; Strength and Conditioning, Personal Training, Clinical Nutrition, Sports Nutrition, Applied Kinesiology, Rehabilitation, Active Release Technique, Nimmo, and the list goes on. These specialties by themselves could be “stand alone” techniques but instead, he has combined the “best of the best” of these disciplines to create the services he currently offers. And, as a “professional student” of human performance and sports injury recovery, Dr. Bartosh is always pursuing new information and breakthroughs to incorporate into his current regime.

If you are looking for “the best performance of your life”, then click here to schedule an interview with Dr. Bartosh at Pro-Active Wellness & Injury Centre today.  You’ll be glad you did! 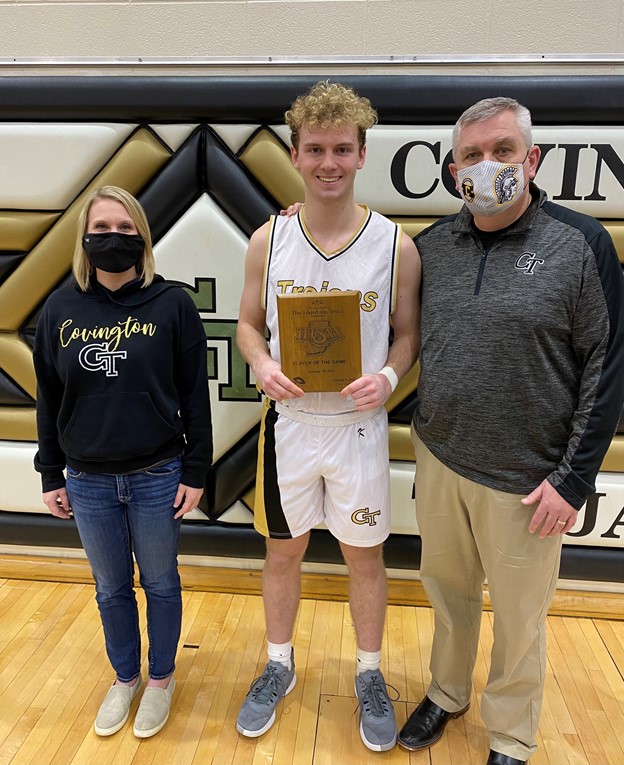 Good evening. This is Chris and Kelli Pinkerton and we wanted to share this tweet that was posted on January 29, 2021. Thanks to your laser treatments on Logan’s wrist and prayers he has been able to accomplish one of his biggest basketball goals which was to reach 1000 points! As of today February 25, 2021 he now has 1131 points. Covington has missed several games due to COVID or his total points would be much higher! Logan said you were a miracle worker and we have to agree! We are very grateful for all your help with his healing. Thank you again!
Chris, Kelli & Logan Pinkerton

What a success story!  The information below is from when Logan was originally treated at Pro-Active Wellness. 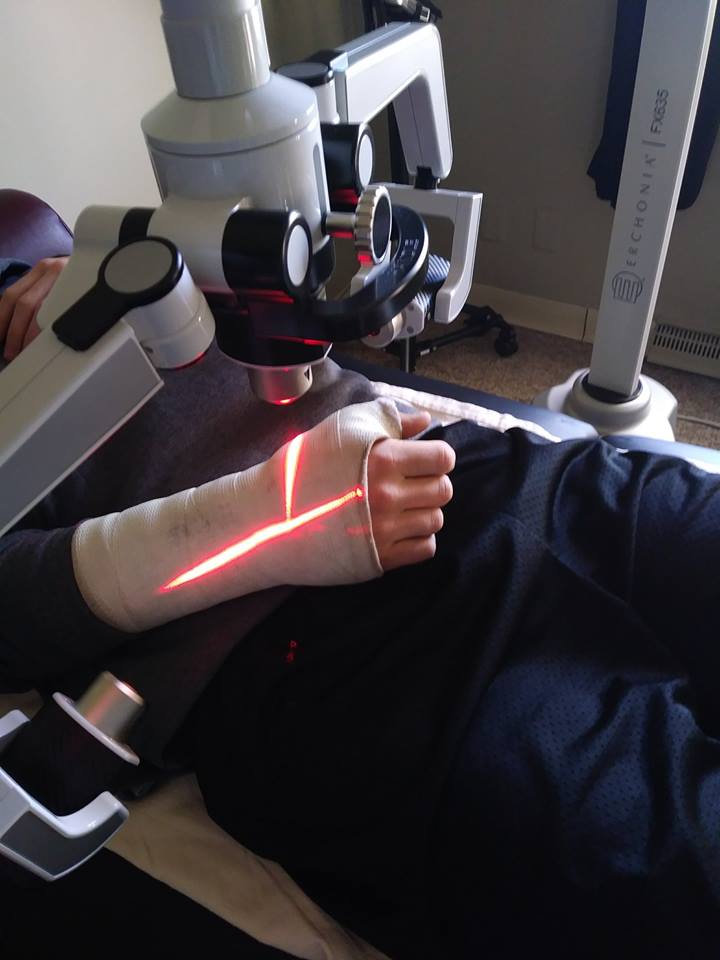 Logan suffered a proximal end scaphoid fracture of his right wrist from getting hit by a soccer ball at close range.  It was 8-weeks before the fracture was realized and a cast was put on.  An Orthopedic Doctor recommended surgery which would include inserting a screw and a bone graft.

This would have kept Logan from starting the basketball season on time.  He was devastated at the thought of not being able to play the season. His grades dropped, and he was mad all the time. This took a toll on the family until going to see Dr. Bob.

Outcome – BONE WAS FUSED TOGETHER AFTER 7 LASER TREATMENTS – THIS WAS 3 ½ WEEKS!!!!

Logan was ecstatic to say the least. He started basketball practice on the first day with the rest of his team.  He has learned so much from Dr. Bartosh, such as having a positive attitude and the importance of nutrition.

His Mom has been a Registered Nurse for 27 years and her testimonial about her son is remarkable.  “I am 100% convinced that the power of prayer, the amino acids and the laser treatments received at Pro-Active Wellness healed his wrist. I would recommend this treatment to anyone with an injury. Thank you, Dr. Bob, for everything you have done for my son.” 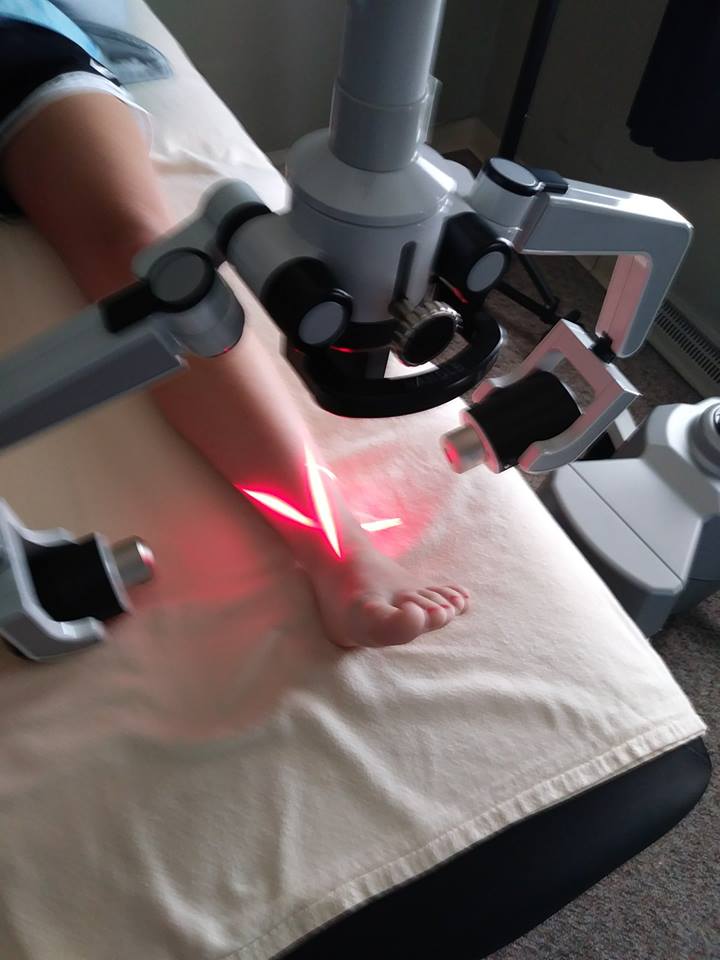 Here’s the leg of a most competitive and outstanding high school athlete that hobbled into our centre with her ankle in a boot.

She had a high-grade ankle sprain and partial tearing of the anterior talofibular ligament as well as a sprain of the calcaneofibular ligament and contusions of the medial malleolus and the deltoid ligament.  In other words…her ankle was messed up and her chances of playing volleyball into the finals nonexistent!

After the care she received, which included the FX635 laser, she’s out of the boot and back into participating in Dance, Cheer, and…wait for it… competing in state finals in Volleyball! 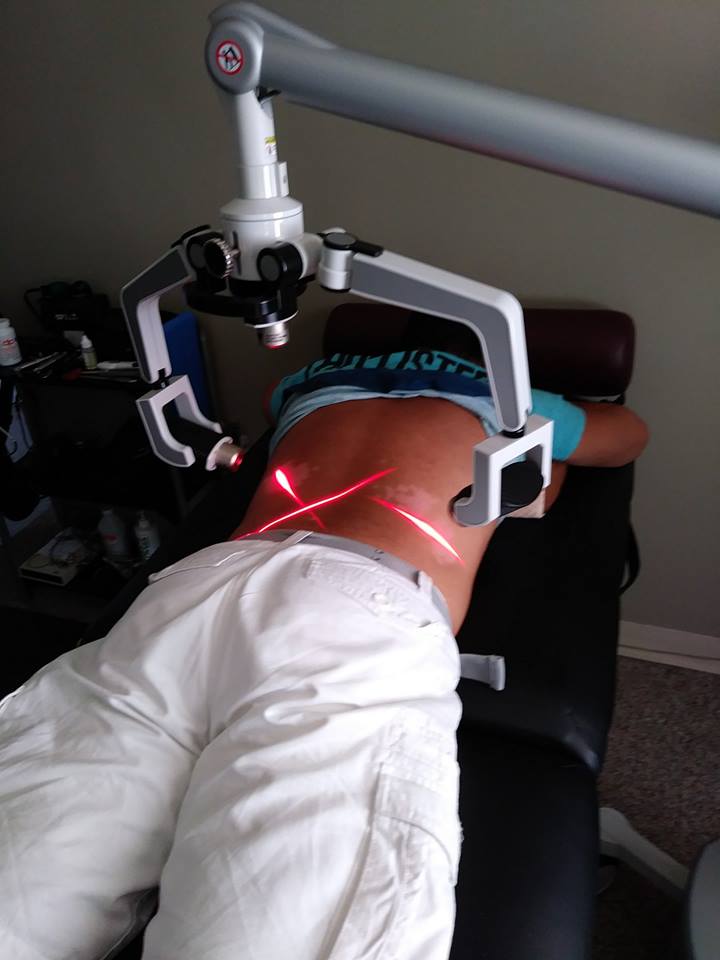 Our new FX635 eliminating low back pain experienced by a high school athlete. It can do the same for you!