Hidden Benefits of Calcium and Magnesium 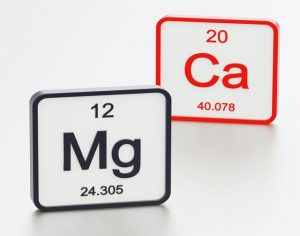 When it comes to migraines various pharmaceutical treatments are available to use after the onset of an attack but, every person who has suffered a migraine attack also wants to know what steps they can take to reduce the likelihood of an attack in the first place.

According to new research, increasing dietary intake of two critical minerals—calcium and magnesium—is one of those steps.  According to the researchers, studies that directly examine the association between calcium and magnesium intake and the onset of migraines is rare. By reviewing six years of data on almost 11,000 migraine patients, the researchers hoped to address this lack of data.

The study, published March 5, 2021 in Frontiers in Nutrition, utilized data from the National Health and Nutrition Examination Surveys (NHANES). The study was conducted at Harbin Medical University in Harbin, China.

The NHANES data contained information on demographics, physical examinations, laboratory tests, diet surveys and other health-related questions. From this data, researchers were able to determine approximately 20% of the population reports suffering from migraines.

At this point researchers assessed the dietary intake of calcium and magnesium—from diet and supplements—using the 24-hour dietary recall in the NHANES. The study determined that people with the highest intake of dietary calcium were at reduced odds of getting migraines, compared to the lower intake group. “Highest intake” was considered to be 1,149mg/day, while “low intake” was considered to be 378-571 mg/day.

Similarly, for dietary magnesium, the highest intake (greater than 371mg/day) was at lower odds of getting migraine compared to the lower intake group (161-217mg/day).  Researchers surmised that magnesium helped prevent migraines by, “Inhibiting neuronal over-excitation, counteracting vasospasm, and reducing the formation of inflammatory mediators.”

The researchers also commented on the synergy of the two minerals: “Calcium and magnesium may also work synergistically in the synthesis and release of various neurotransmitters and inflammatory mediators which help the nervous system function normally and relieve nerve tension.”

An additional finding of the study was that the average intake of daily calcium and magnesium of U.S. adults was lower than the government’s Recommended Daily Allowance—a recommended amount that many health advocates, myself included, already feel is inadequate.

So, if you, or someone you know is a victim of “migraine attacks”, please contact our office for the help you’re needing.  We’re here to help you achieve and enjoy, “the best performance of your life!”