Science confirms: CoQ10 and selenium supplementation lower the risk of dying from cardiovascular disease by 40 percent

Cardiovascular disease continues to be the leading cause of death in the United States for men and women alike (not COVID) , claiming about 610,000 lives a year. Now, follow-up research on an important 2003 Swedish study on heart disease has sparked hopes that a natural therapy can make inroads against this deadly condition. Researchers found that a combination of two natural nutrients, CoQ10 and selenium, not only slashed risk of dying from heart disease, but conferred protection that persisted for years – even though the study participants were no longer taking the supplements.

CoQ10, also known as coenzyme Q10, is a vitamin-like compound produced in the body, while selenium is an essential trace mineral with antioxidant properties. Each nutrient reinforces and potentiates the beneficial antioxidant effects of the other, providing a “one-two” punch to destructive free radicals.

The original research – a double-blind, placebo-controlled study published in International Journal of Cardiology – involved 443 healthy, elderly Swedish participants. The group had an average age of 78 at the beginning of the study. Participants were given either a placebo, or 200 mg of CoQ10 plus 200 mcg of selenium daily for four years.

Researchers reported that the CoQ10 and selenium group experienced less than half the risk of dying of heart disease as those in the placebo group. 12.6 percent of the control group died of heart disease, as compared to only 5.9 percent of the ‘supplemented group’ – an eye-opening result!  The supplemented group also enjoyed better cardiac function, along with lower levels of N-terminal pro-brain natriuretic protein, a biomarker of heart failure. But researchers wondered: how long would the heart-protective benefits continue?

A study published in 2015 – eight years after participants had stopped taking the nutrients – answered that question. The team found a similarly reduced risk of death from heart disease among the original participants who had received the pair of nutrients.  In addition to lowering cardiovascular mortality risk, the combination also improved heart function, improved quality of life, and substantially reduced the number of days participants spent in the hospital.

A study published in April in PLOS One provided new insight into the original 2003 study, which had assessed the effects of four years of supplementation with selenium and coenzyme Q10.  The result was both surprising and encouraging.  Participants continued to have a lower risk of dying from heart disease.

In this most recent investigation, researchers found that – after a dozen years – the risk of dying from cardiovascular disease was still lower in those who had received the supplements than in the control group.  Specifically, the team found that the risk of cardiovascular mortality was 41 percent lower among participants who had received the supplements from 2003 to 2007. Other benefits included improved cardiac function, reduced oxidative stress, and decreased fibrosis (scarring) and inflammation.

CoQ10 benefits the heart – and other organs – by helping to generate new mitochondria (the “powerhouses” of the cells) and allowing existing mitochondria to be more efficient at releasing energy from food. It also helps to regulate blood pressure and assists in recycling the antioxidant vitamins E and C.  Both CoQ10 and selenium are potent antioxidants, helping to protect against harmful oxidative stress in tissues and organs.

As for selenium, this disease-fighting mineral is an essential cofactor in the process of scavenging free radicals. It also helps to reduce inflammation and increases blood flow.  In addition, selenium assists in the production and storage of CoQ10.  In fact, animal studies have shown that selenium helps to recycle and renew “exhausted” molecules of CoQ10 – giving them new life.

The two nutrients appear to be dependent on each other – selenium is needed to produce and accumulate CoQ10, and sufficient stores of CoQ10 are needed to make selenocysteine-containing enzymes.

Keep in mind: Stores of CoQ10 decrease with age

Although CoQ10 is abundant in young people, levels begin to decline as early as age 20. (In fact, an 80-year-old typically has only half the CoQ10 supply of a young adult.)  Researchers warn that low levels of CoQ10 are associated with cognitive impairment, diabetes, cancer, fibromyalgia, and heart disease – and many natural health experts advise CoQ10 supplementation for people who are over 40, taking statin drugs, or at risk for heart disease, diabetes, or cancer.

(Tip: experts advise opting for the “ubiquinol” form of CoQ10 over the “ubiquinone” form. Ubiquinol is not only more easily absorbed from the digestive tract it’s also more effective at reducing oxidative stress).

Dosages of ubiquinol and selenium should always be determined by your doctor specifically before supplementing with CoQ10 and selenium.  You can boost your dietary intake of CoQ10 with grass-fed beef, organic cage-free eggs, free-range poultry, and sardines. Vegetarians can obtain CoQ10 from strawberries, sesame seeds, pistachio nuts, cauliflower, and oranges. Foods high in selenium include organic Brazil nuts, cage-free eggs and sunflower seeds. 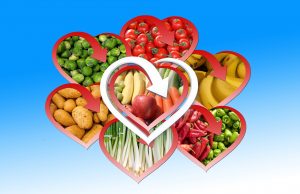 As the follow-up study shows, supplementing with CoQ10 and selenium can pay long-lasting health dividends – slashing cardiovascular mortality and potentially prolonging life. I mean, let’s face it, the “staying power” of the benefits of this pair of natural nutrients is truly remarkable and taking the dosage specific for you can help you achieve “the best performance of your life” and we’re here to help you do just that!  Give us a call today!

Sources for this article include: