Do You Underestimate Poor Sleep??

Poor sleep is as damaging and as dangerous an issue as is having high blood pressure! 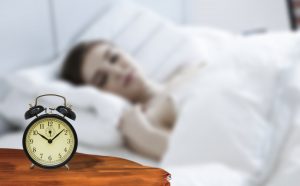 In 2020 the Zurich-based insurance company Swiss Re—the largest insurer in the world based on policies issued—posited the question, “Is sleep the new blood pressure?“ Insurance companies must know leading risk factors if they’re going to  make it in the insurance business, and analysts at Swiss Re had noticed the same thing sleep scientists across the world were noticing that poor sleep is linked to every health condition that is considered a red flag for early death. Decision-makers at Swiss Re considered poor sleep such a reliable indicator of impending health issues that they researched methods whereby sleep habits of potential policyholders could be measured.

A risk factor on par with high blood pressure
In the near future smart technology in your own cell phone may track how well you’re sleeping, and the results may prevent you from securing a life insurance policy—just like a high blood pressure measurement does today. If you’re not unnerved by having your insurance company track your sleep habits, you should at least sit up and take notice of the fact that even the insurance industry has recognized how detrimental poor sleep is.

“Shorter sleep and fragmented sleep interrupt key biological pathways and mechanisms such as our endocrine functioning and over-activation of our autonomic nervous system. These negatively impact our immune function, blood pressure, inflammatory markers, and insulin resistance,” researchers at Swiss Re wrote in their 2020 paper.

Widespread problem
According to the World Sleep Society, sleep deprivation is threatening the health of up to 45% of the world’s population. Depending on our age, we are supposed to get between seven and 10 hours of sleep each night. But one in three Americans don’t get enough sleep, according to the US Centers for Disease Control and Prevention. According to researchers, “poor sleep” is not simply insomnia. It can also mean too little sleep, too much sleep, or “disruptive sleep.”

While the Swiss researchers were mostly interested in the implications that poor sleep had on cardiovascular disease, studies have linked poor sleep to numerous health conditions.

Diabetes
Inadequate sleep is strongly associated with impaired glucose metabolism which leads to insulin resistance and increased risk of developing conditions like diabetes. A 2018 Chinese study found that the risk of developing pre-diabetes was significantly higher for individuals who slept less than 6 hours per night compared to individuals who received 6-8 hours per night.

Another study—a large meta-analysis—published in 2016 found the risk of developing diabetes when sleeping less than 5 hours and more than 9 hours per night was 1.48 and 1.36 times higher respectively.

Dementia
A 220 study found older adults who have significant difficulty falling asleep and who experience frequent night awakenings are at high risk for developing dementia.

Immune system/inflammation
A new 2022 study showed chronic sleep deprivation made the immune system go into overdrive, causing excessive inflammation. The study was done at the Icahn School of Medicine at Mount Sinai and was published in the Journal of Experimental Medicine.

Weight gain
Another 2022 study found that lack of sufficient sleep led to significant weight gain. Specifically, when insufficient sleep subjects were compared to a control group, there was a 9% increase in total abdominal fat area and an 11% increase in abdominal visceral fat. The study was conducted by Mayo Clinic and the results were published in the Journal of the American College of Cardiology.

The researchers noted this was the first time a study has shown a clear link between the frequency and duration of unconscious wakefulness during night-time sleep and an increased risk of dying from any cause—most notably diseases of the heart and blood vessels. The study was published in the European Heart Journal in June 2021.

If your sleep isn’t the best, don’t hesitate to contact our office-we can help!  It’s a  major component in helping you enjoy “the best performance of your life!”