We know soda pop is unhealthy, but studies reveal drinking soda on a hot day is actualy lethal!

This post is a “must read” for anyone who reaches for a “soda” or “pop” to quench their thirst in hot weather. 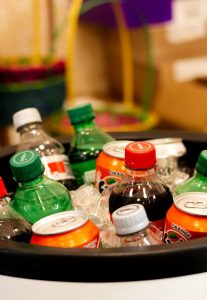 Many studies have linked the regular consumption of soda pop with increased odds of early death.  Now most of these studies typically focus on the damage caused over time when drinking carbonated high-fructose beverages but a recent U.S. study has highlighted how soda pop consumption under certain conditions can cause immediate measurable damage.

The “certain conditions” that researchers examined were working or exercising on high-temperature days. And what the researchers found was that drinking soda pop under these conditions not only failed to re-hydrate people, but also caused acute kidney injury (AKI).  The study was performed by a research team from the University at Buffalo in New York, and published by the American Journal of Physiology.

To conduct the study researchers recruited healthy adults to exercise in a laboratory environment that mimicked working outside on a hot day. A hot day was considered to be 95 degrees Fahrenheit (35 Celsius), a temperature that most countries of the world exceed at certain times of the year. In fact, the American Southwest exceeds this temperature by a substantial margin for extended periods—as do many other arid parts of the world. 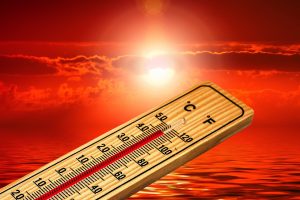 To perform the simulation volunteers first completed an hour-long exercise cycle consisting of a 30-minute treadmill workout. This was followed by three different bouts of lifting, dexterity, and sledgehammer-swinging activities, each of which lasted five minutes. After this initial 45-minute routine, the volunteers rested for 15 minutes. During the rest period the test subjects drank 16 ounces of either a high-fructose soda pop or water. After the break, the participants repeated the cycle three more times for a total of four hours. This four-hour period is far shorter than a day laborer would work for a full day but is representative of the length of outdoor exertion a typical person might be involved in for recreation, home repair or casual labor.

Before leaving the laboratory, the volunteers were given more of their assigned beverage to drink before consuming any further fluids. The volume was either one liter (33.8 ounces) or an amount equal to 115 percent of the weight they lost through sweating—whichever amount was greater.

The researchers measured the participants’ core body temperature, heart rate, blood pressure, body weight, and markers of AKI. This was done before, immediately after, then 24 hours after each trial. The research team found higher levels of creatinine in the blood and a lower glomerular filtration rate—markers for kidney injury—after the soft drink trial. These temporary changes did not occur when the participants drank water. All volunteers took turns participating in both soft drink and water trials separately. Before switching trials there was an adjustment period of at least seven days. 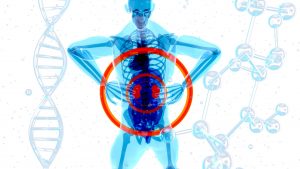 At the end of the trial, the researchers reported finding higher levels of creatinine in the blood and a lower glomerular filtration rate—both markers for kidney injury. These temporary changes did not occur when the study participants drank only water. In addition, the participants’ blood levels of vasopressin—an anti-diuretic hormone that raises blood pressure—was higher for the soda pop drinkers during and after the trial.

The soda pop drinkers were mildly dehydrated both during and after the trial—a warning that soda pop does not keep the body hydrated during exertion. Even though soda pop is principally a fluid, the detrimental ingredients appear to be a bigger negative than any positive effect provided by the fluid itself. 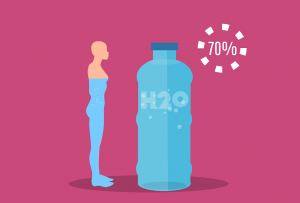 The most profound finding of the study is that drinking soda has an immediate damaging effect on the body that can be measured. The aforementioned markers of AKI can be seen the very day of the first soda consumption. According to the researchers, it is this regular AKI that ultimately ends in chronic kidney disease.

“There is an epidemic of chronic kidney disease occurring in people who regularly work in hot environments that is believed to be due to an accumulation of repetitive sub-clinical acute kidney injury,” the researchers wrote in the study summary. The study corroborates a 2016 study on rats that came to the same conclusion. That study, also published in the American Journal of Physiology, found that “repeated heat-related dehydration was associated with increased risk of chronic kidney damage.” 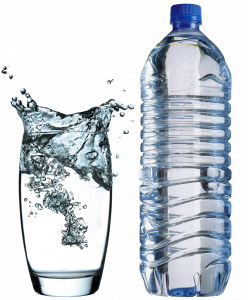 So, the next time you’re working in the yard, ditch the temptation to reach for a soda pop refreshment, and instead choose a healthy option, such as water, or contact our office to use what we recommend for our elite endurance athletes.  Not only will your kidneys thank you, but you’ll be building your disease-fighting antioxidant capacity at the same time.