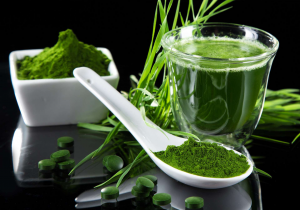 On our YouTube channel you’ll find a video we posted in which I share information on what I believe is a true “superfood”, Spirulina.  Unbeknownst to many are spirulina’s benefits in the areas of athletics and immunity. A well-known paradox of exercise is that even though it improves the immune system, prolonged high-intensity exercise can actually lower the immune response—at least for a short period of time.

Studies show that intense and long-duration workouts can reduce the ratio of immune cells. These “depletions” are one of the reasons that athletes are the most consistent consumers of nutritional supplements. They know that research has proven that the right nutrients at the right time can help speed up recovery, and perhaps even prevent immune depletion to start with. Now a new Chinese study on university athletes is highlighting spirulina as one of the super-herbs that can provide this critical immune benefit.

Spirulina has become increasingly popular among regular consumers as it has proven immune regulatory benefits. It contains gamma-linolenic acid and phycocyanin, both known to modulate the immune system. And this “modulation” is what scientists hope will provide protection to athletes after over-exertion. Spirulina’s immune effectiveness lies in its ability to help maintain leukocytes, or white blood cells. Most notable of these is the maintenance of a type of leukocytes known as monocytes. Monocytes manage immune response and stimulate tissue repair functions.

“Abnormal changes in the ratio of immune cells are often regarded as a representation that is symptomatic of immune dysfunction. Many athletes are plagued by similar problems,” explained scientists from Ningbo University in China, where the study was conducted. “Intense long-duration exercise can reduce the ratio of leukocytes and monocytes in young athletes, yet the spirulina supplement can inhibit the change.” The study was published in Nutrients in October 2022.

Spirulina is a cyanobacteria. It is often confused with seaweed, but in its natural environment it is found in fresh water. There are three species of spirulina, with the species Arthrospira platensis representing the type used in the manufacture of nutritional supplements. Many people refer to spirulina as an algae, which isn’t technically correct; however, since it is closely related, and for the sake of simplicity, scientists will often class it as “blue-green algae.”

Spirulina has been harvested in different parts of the world for centuries: It was consumed by ancient Central American cultures, including the Aztecs. On the other side of the world, in Central Africa, it grows naturally in lakes. Native populations have harvested it for food—including for making a dry type of bread called “daei”—for many generations.

Today spirulina is produced worldwide in controlled conditions. Most often it is produced in large outdoor ponds. High tech operations cultivate a purified product for making supplements and bulk powders. Conversely, cultivation can be scaled all the way down to a single tub in a back yard—providing a nutritious food source for local populations.

Due to its high nutrient content spirulina is also used as a feed supplement in the aquaculture, aquarium and poultry industries. In fact, spirulina is so nutrient-dense that some scientists have suggested that increased cultivation in third-world countries would make it possible to eliminate hunger and malnutrition.

To conduct the research—a randomized, double-blind study—researchers recruited 39 college soccer players training for the 16th Universities Games in China. Participants were split into a supplement group and a placebo group, with the supplement group being supplied three 1-gram doses of spirulina extract daily. The test period was eight weeks. A blood sample was taken from each participant 41 days after training began and 24-hours prior to a training session. A second sample was collected eight weeks later, 24-hours after final training. Athletes trained for 150 minutes per day, six days per week. At the end of the test period researchers reported that immune depletion was much more noticeable in the placebo group.

Writing in the study summary, the researchers wrote: “Eight weeks of intense training significantly decreased the athletes’ leukocytes and their ratios of monocytes. However, the spirulina supplement group did not experience this phenomenon.” In related findings on the same test subjects, the researchers noted additional spirulina benefits: “Furthermore, spirulina has a positive effect on rapid-onset allergies and responses to parasites or pathogenic bacterium, aiding in the improvement of immune regulation.”

Amazing stuff!  It’s one more item we have available in our “nutritional tool-box” that can help you achieve “the best performance of your life!”