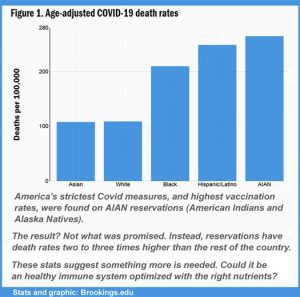 Lockdowns and high vaccination rates have been a colossal failure on Native American reservations. Israel’s mandatory vaccination policy has resulted in hospitals flooded with people infected with the Delta variant. U.S. health experts say endless booster shots will be needed… an admission that vaccines are not working as promised a year earlier.

Meanwhile, nutrition surveys show virtually every Covid patient is deficient in nutrients, overweight, or both.  Isn’t it time we acknowledge there is a critical component missing in the pandemic battle: NUTRITION?

Early in the Covid pandemic media pundits lamented the fact that state and federal governments in the U.S. did not have the power to implement draconian measures to “stop the spread.”  If the U.S. authorities could only duplicate the strict measures taken by authorities in China—so the claim went—we could eradicate Covid quickly and efficiently.  The problem with this narrative is that it was being tried in America… on Native American reservations.

Virtually every Native American reservation across the country became a small police state as tribal authorities almost immediately launched Chinese-style limitations on the reservation citizens.  Reservation roads were closed to visitors, travel was limited for citizens, casinos were shut down, curfews were imposed, and mask wearing became mandatory.

Meanwhile tens of millions of dollars in federal aid poured into reservation coffers to help with Covid policing, paying people to stay home and medical transport.  The result for all this medical authoritarianism was the opposite of what the experts promised: According to CDC data, reservation inhabitants are dying at twice the national average—and 3.5 times greater than that of whites and Asians.

With the “lockdowns work” narrative not working, the new narrative became “the pandemic will end when everyone is vaccinated.  So sure were the experts that vaccinations would fix what the lockdowns didn’t, the federal government poured $4 billion into Indian reservations—$7,413 for each of the 539,616 Native Americans living on a reservation.

This colossal expenditure helped pay for door-to-door vaccination administration, among other Covid programs. Spending more than $7,000 for each reservation resident didn’t make the residents healthier, but it did succeed in one regard—giving reservations bragging rights for the high vaccination rates.  According to Public Broadcasting Services, American Indians have the “highest Covid vaccination rate in the U.S.” NBC News lauded the fact that Native Americans are “98% vaccinated.”  However, according to other headlines, the protection that was promised with a high vaccination rate remains elusive.

As of June 2, 2021, six months after start of vaccinations, the CDC estimates that 6,585 Native Americans have died from Covid—still the highest rate of any ethnic group in the United States.  In Eastern Arizona, the home of Optimal Health Systems, the San Carlos Apache Reservation boasts a 95% vaccination rate; however, the tribe is reporting cases are up 187% in the past few months.  In adjoining Graham County, the vaccination rate is only 50%, yet Covid cases are far less than on the reservation.

Experts blame this paradox on poverty—meaning poor tribal members don’t get appropriate nutrition.  Without realizing it the experts just admitted that nutrients provide better protection from Covid than vaccines. 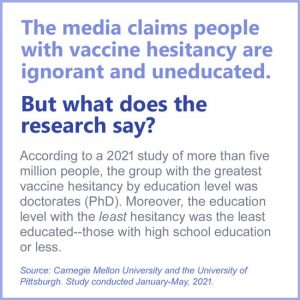 On the other side of the world, Israel faces the same problem: high vaccination rates and high Covid rates.  Israel holds a unique position in the world. It was the first country to make vaccinations mandatory in certain sectors, and it was the first to achieve “majority vaccination” of the population. According to The Guardian, 78% of Israelis over the age of 12 are vaccinated.

Health authorities—and the unquestioning media—assured the world that this rate of vaccination was more than enough to ensure individual and “herd immunity.”  With this backing Israel intimidated and coerced its population; it imposed one of the world’s strictest lockdowns; it segregated the unvaccinated from many aspects of public life; and it even took the draconian step of implementing vaccine passports.

—Despite the authoritarian vaccine policies, however, infection rates have skyrocketed across the country since then. As of early September, Israel is logging the world’s highest infection rates, with nearly 650 new cases daily per million people.

At first the media attempted to blame the unvaccinated, but as infections turned to hospitalizations it became obvious it was the “fully vaccinated” that were filling up hospitals. At times, hospitalizations for the “fully vaccinated” have reached 95 percent in some parts of Israel.  Ironically, even while vaccines are not living up to what was promised, any discussion about nutrient protection is not allowed to reach the mainstream narrative. Research at Israel’s own universities—a 2020 study and 2021 study—both found that maintaining adequate Vitamin D  levels conferred protection against Covid severity; however, the average Israeli knows nothing about this research.

When the second study was published this past June, it could have been headlined as corroborating evidence for the dozens of positive Vitamin D studies conducted worldwide since the start of Covid; instead, Israeli media were more concerned with advising the public that the study “does not necessarily imply that giving Vitamin D to COVID-19 patients will decrease the risk of severe disease.”

Clearly the only acceptable narrative is that booster shots will overcome the shortfalls of the original vaccines. Israel already reports a 20% vaccine rate for the third dose of the Pfizer-BioNTech vaccine. And the fourth Covid shot is already being planned. 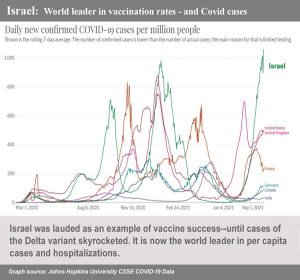 Based on the promises made in 2020, vaccines have failed Americans

American humorist Will Rogers once quipped, “The short memories of the American voters is what keeps our politicians in office.” This is certainly true when it comes to the politics of Covid. Does anyone remember the promises during the 2020 presidential election that schools would be back to normal in 2021 because vaccines would make it possible?

Anyone searching vaccine articles from a year ago on the Wayback Machine will find a completely different narrative than currently presented. Apparently “the science” was different a year ago.  In mid-2020 The Atlantic assured its readers “The End of the Pandemic Is Now in Sight” thanks to the vaccines about to be released. Not to be outdone, billionaire vaccine promoter Bill Gates promised that Covid would be eradicated after 7 billion vaccines are administered.

Meanwhile, every news network assured Americans that the path to “getting back to normal” was through vaccines.  Unfortunately for everyone who was dutifully vaccinated during the first half of 2021, none of it was true.

Not surprisingly Pfizer predicts a whopping $33 billion in vaccine revenue for 2021. No wonder Pfizer CEO Albert Bourla promotes the idea that everyone will need a Covid booster shot every single year.  Pfizer’s Covid vaccine is now its most profitable vaccine, and since the White House is already planning distribution of a third vaccine, there appears to be no end to this windfall.

Notwithstanding the celebration of profits in the Pfizer board room, many scientists are questioning the new narrative.  So are early recipients of Covid vaccines who thought they were protected from all Covid infections. Endless booster shots were not part of the original discussion, so what exactly happened?

New research published in the peer-reviewed journal Science on September 3, 2021 answers the question.

The study found those who were once infected with Covid were less likely to get the Delta variant, develop symptoms or become hospitalized with a serious case of Covid than people who were vaccinated with two doses of the Pfizer-BioNTech vaccine and were never infected.  The study was conducted by researchers at Maccabi Healthcare Services in Israel. The system enrolls about 2.5 million Israelis.

“It’s a textbook example of how natural immunity is really better than vaccination,” says Charlotte Thålin, a physician and immunology researcher at Danderyd Hospital and the Karolinska Institute who studies the immune responses to SARS-CoV-2. “To my knowledge, it’s the first time this has really been shown in the context of COVID-19.”

In the U.S. almost 50% of the populace has opted-out of Covid vaccination. Even in the face of job loss, name-calling by public officials and media, online censorship, and refusal of entry to public venues, this large percentage has decided the risk is not worth the benefit.

Now, with new research showing “the benefit” more fleeting than originally thought, it is likely the number of people opting out will grow.  Many people accepted Covid vaccines originally, but as they’re asked to accept booster shots number four… five… six… they may just come to agree that it is more about profits than real world benefit. 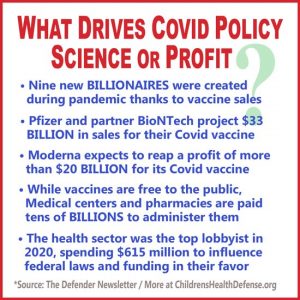 Fortunately, there are alternatives, such as optimizing the immune system with nutrients.

With numerous studies worldwide linking deficiency of various nutrients with more severe Covid outcomes, fortifying the immune system is an important step that should not be overlooked. Whether you choose to get a Covid vaccine or not, natural fortification should be included in your Covid-prevention arsenal.

Numerous studies prove the efficacy of these nutrients, and we have covered many of them in earlier reports.  If you want to strengthen your body to experience “the best performance of your life”, we have what you need and are at your service!  Call our office today!