If you have several health challenges, the first nutrient you should reach for is Vitamin C 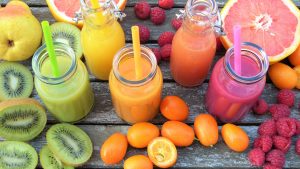 Vitamin C was one of the first vitamins discovered and named—over 100 years ago—and today it is the most supplemented vitamin in the world. There are good reasons for the popularity: 100 years of research has proven it is critical for all aspects of health. It is not manufactured by the body, so it must be taken in by food or supplement. And, if it is withheld from a person’s diet, signs of disease can be observed in less than a month. So, it is not surprising that a new study has shown that a “sufficient intake” of Vitamin C is associated with a reduced risk of developing metabolic syndrome—an ailment that involves a number of different health conditions.

Growing rates of a killer condition

Metabolic syndrome is defined as a “clustering” of at least three of the following five medical conditions: abdominal obesity, high blood pressure, high blood sugar, high serum triglycerides, and low serum high-density lipoprotein (HDL). The findings of the new study are important since rates of metabolic syndrome are mushrooming worldwide, and the cause of the condition is an area of ongoing medical research.

In the U.S., approximately 25% of the adult population has metabolic syndrome—an amount similar to other developed western countries. The likelihood of developing the condition increases with age.

The research was published in Frontiers in Nutrition in October 2021. The study was a meta-analysis conducted in China. A total of 28 studies from online database were selected, narrowed from the initial 805 articles. Overall, the research comprised 110,000 subjects. Though the study was conducted by Chinese researchers, the research enveloped four different continents: Asia, Europe, Africa, and South America.

The researchers assessed the association between dietary (food) and circulating (serum and plasma) Vitamin C level with metabolic syndrome.

The benefits of a healthy Vitamin C level was then ascertained using a relative risk evaluation system. Results demonstrated that both dietary and circulating Vitamin C levels were inversely associated with metabolic syndrome when compared to control subjects. The researchers theorize that Vitamin C’s antioxidant properties help reduce oxidative stress and inflammation. Oxidation and inflammation are thought to play a significant role in the pathophysiology of metabolic syndrome.

In earlier research on animals, Vitamin C was studied for its association to metabolic syndrome. Vitamin C was found to decrease weight gain, blood pressure, glucose, insulin resistance, total cholesterol, triglycerides, and cholesterol. While Vitamin C cannot be seen as a “cure” for all these conditions, it does show that deficiency in Vitamin C increases susceptibility to many conditions.

In the study abstract the researchers noted the positive findings of the study while noting its limited “observational” nature: “This is the first meta-analysis of observational studies on the associations of dietary and circulating Vitamin C levels with metabolic syndrome. Current evidence suggests that both dietary and circulating Vitamin C levels are inversely associated with metabolic syndrome. However, due to the limitation of the available evidence, more well-designed prospective studies are still needed​.”

So the moral of the story is this, if you’re looking to take Vitamin C make certain it’s the real thing- not a chemical concoction and look no further than Pro-Active Wellness! We’re here to help you achieve ”the best performance of your life!”